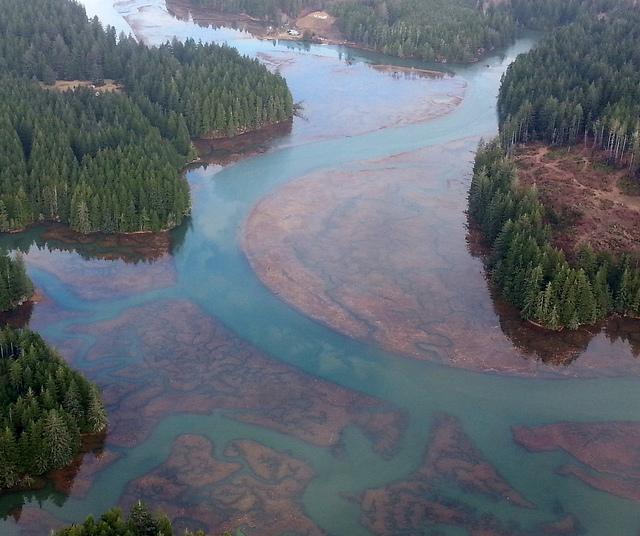 For the sixth year, CoastWatch is sponsoring the annual King Tide project. This is the Oregon branch of an international volunteer effort to trace the year’s highest tides by means of photography. Documenting the highest reach of the tides tells us something about areas of the natural and built environments which are subject to erosion and flooding now. It tells us even more about what to expect as sea level rises. Our co-sponsors this year include the state’s Coastal Management Program, Surfrider, Washed Ashore and the Haystack Rock Awareness Program (HRAP); other organizations are also invited to get involved.

We’re asking anyone capable of taking a photograph and able to get to the coast during the series of high tides to take shots at the highest point of the tide on those days. These photos can focus on any feature. Those that show the location of the tide in relation to the built environment (roads, seawalls, buildings) are especially useful in demonstrating impending threats. The ideal photo would be taken from a location where the photographer can return later at an ordinary high tide to take a comparison shot.

CoastWatch is making a special effort to organize photographers to document the reach of the King Tides in the vicinity of the new marine reserves (Cape Falcon, Cascade Head, Otter Rock, Cape Perpetua and Redfish Rocks). If willing to help with this citizen science project and seeking directions to areas we would particularly like to document, please let us know.

Participants will post photographs online through the King Tide Photo Initiative Site.  Be prepared to include the date, description and direction of the photo.  An interactive map will be available that will assist photographers in determining the exact latitude and longitude at which a photo was taken. The link is being finalized and will be up very soon.

At the conclusion of the project, three celebrations will be held along the coast. The Jan. 8, 2016 celebration is being hosted by HRAP in Cannon Beach, the Jan. 15 celebration will be hosted by CoastWatch somewhere in Lincoln County, and the January 22nd celebration will be hosted by Washed Ashore in Bandon.  The best of the King Tide photos will be shown, photographers will be on hand to comment, and there will be a special speaker. These events will be free and open to all (appetizers are provided with beverages and meals available for purchase at the venues).

For information about the project, and about participating in the special effort to document the King Tides in the marine reserve areas, contact Fawn Custer, CoastWatch volunteer coordinator, at (541) 270-0027, fawn@oregonshores.org.