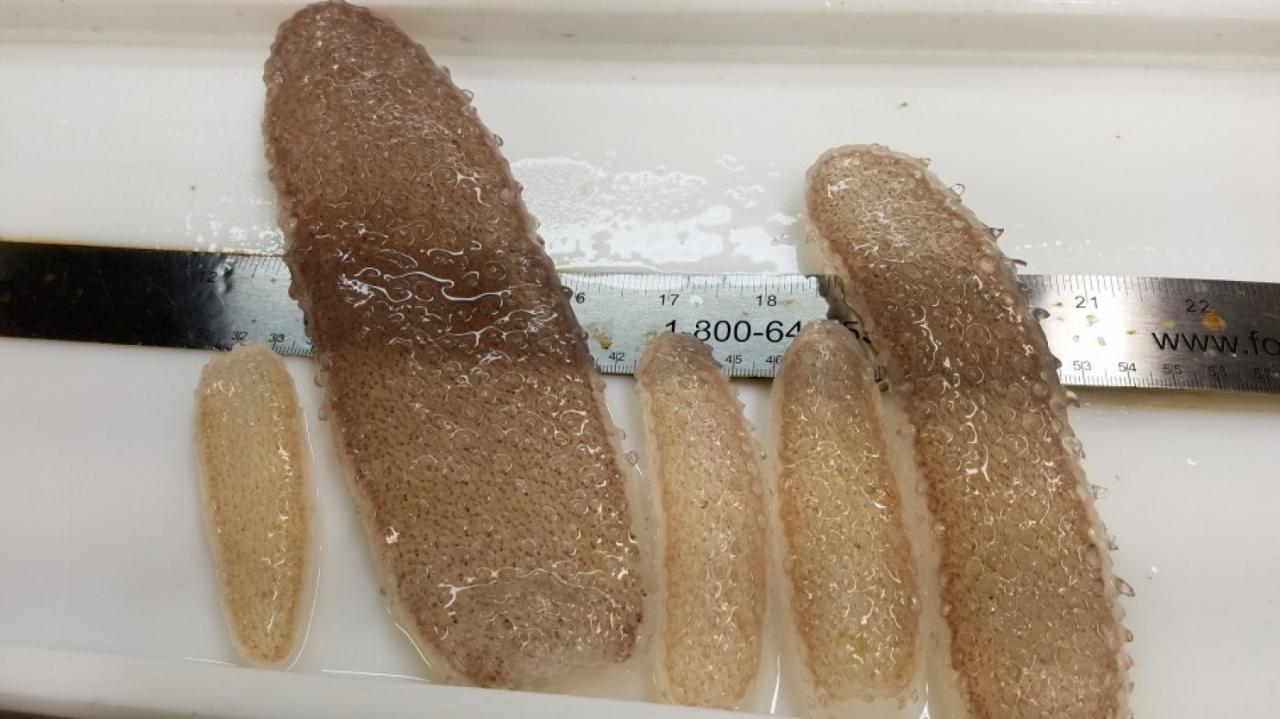 Pyrosomes off the west coast of America. | Photo from University of Oregon

Mysterious translucent creatures are washing ashore along the western shores of North America. Known as “sea pickles” -- the scientific name is pyrosomes -- these creatures are made up of a colony of individual zooids. A zooid is a tiny multicellular organism that makes up part of a colonial animal, and can develop from another zooid by budding or dividing.

Pyrosomes feed on plankton and spend the daytime below the surface 100+ feet, and gradually ascend in the evening to feed in the water column at the surface. They are often found in the tropics, but sea pickles started making an appearance off the Oregon coast in 2015. Currently, their numbers have multiplied into the millions, according to NOAA’s Northwest Fisheries Science Center in Newport, Oregon.

The average size of pryosomes found off the Oregon coastal ranges from 1.5 inches to 2.5 feet, as reported by NOAA. They are generally pink in color and nearly clear. According to Hilarie Sorensen, a PhD candidate at the University of Oregon's Institute of Ecology and Evolution, sea pickles can be found by the hundreds about one hundred feet below the surface. This is causing a problem for fishermen, since the influx of pryosomes is clogging up and breaking their fishing nets.

Sorensen hypothesizes that these organisms have migrated due to warming ocean temperatures. And one theory is that the temperature increases, due to climate change, that we have been experiencing off the Pacific coast have created a perfect environment for pyrosomes.  NOAA officials said that researchers plan to study them further to see what factors lead to the creatures’ sudden increase in population off the Pacific Northwest coastline.