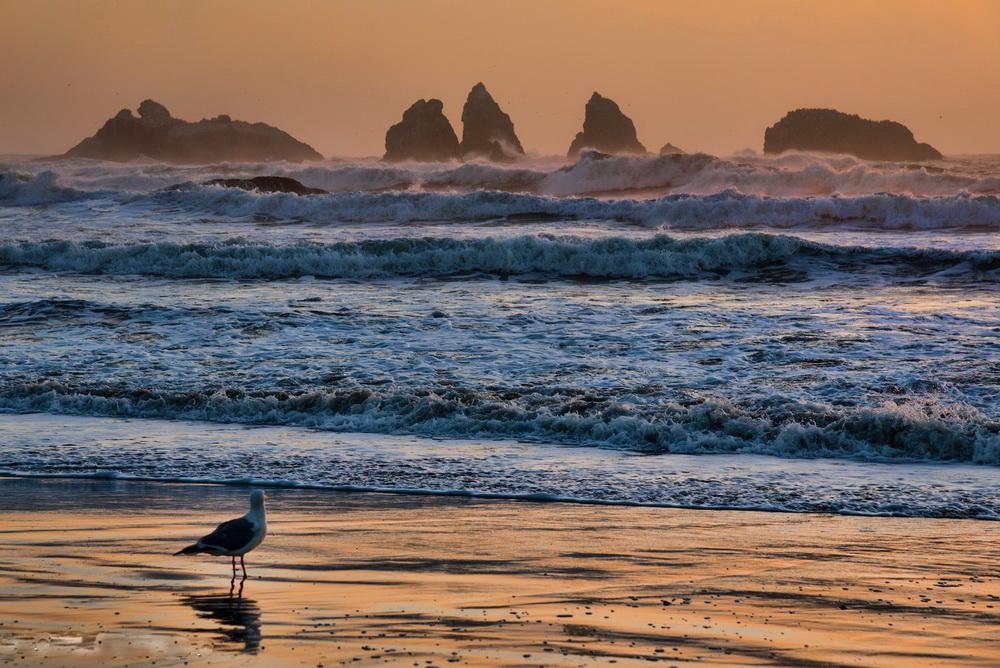 Some of Oregon's islands at sunset.\Photo by Bruce Swenson.

CoastWatch’s webinar series is focusing on rocky shores and rocky habitats this month, as the public site designation process gets started for the newly adopted Rocky Habitat Management Strategy.  While most of the attention has been concentrated on rocky intertidal areas along the shore, Oregon’s offshore islands and subtidal reefs are also included in the plan.

On Wednesday, June 10, online at 6 p.m., Jesse Jones, CoastWatch’s volunteer coordinator, will host Roy Lowe, former long-time manager of the Oregon Coast National Wildlife Refuge Complex, will bring to life with his experiences with these offshore resources, illustrated through his accomplished photography.  A key component of the complex of six wildlife refuges consists of the 1,872 rocks, reefs, and islands of the Oregon Islands National Wildlife Refuge. Lowe will talk about this unique set of wildlife refuges and other rocky habitat on the Oregon Coast.  His virtual tour of these areas will illuminate some of the resources protected under the state plan as well as through federal wildlife refuge designation.

Roy Lowe head the wildlife refuge complex for 30 years, once being designated National Wildlife Refuge Manager of the year.

To join the webinar, contact Jesse Jones at jesse@oregonshores.org.  She will send you a link to the webinar close to the event.  You don’t need your own Zoom account in order to participate.